Sabbath dawned clear and crisp.
We went to church at St Albans beside the British ADRA head office and union. It was a little bigger than Castle Hill with a similar spread of ages, the friendly male deacon was the only person we spoke with apart from the excuse mes of negotiating the narrow pews.

It was ordinances and the service travelled the same journey I remember from Ilam church as a child. For some reason I felt the three elders at the front and the fifteen male deacons standing in a semi circle behind them, on the very high, stage of an altar; vaguely threatening. A bit of a culture shock I guess and made me realise how much I take gender equality for granted at home.

Pain, Pardon and Promise were the bones of a good sermon. A superb trio of sisters played a medley of Easter hymns on strings and keys without any acknowledgement. A male chorus, with poor blending - maybe caused by only having one mic - sang many verse of a hymn, without variation, to much amening. The organ was on the stage behind the Elders, played well but without the oomph of pipes, key changes or use of the stops for tonal variation. I guess the pressure of performance playing in such an exalted position would make most musicians lean towards safe reproduction rather than risky emotive rendering of hymns from the New Adventist hymnal. The congregation sang well with lots of good voices leading the crowd to the stop point of their slides up to the high notes.

A train enthusiast took the children's story during foot washing and did a fabulous job of controlling his anxiety as the little kids tussled over his precious engines. Finally a compassionate fellow member went up to control the 'touching' so the story of the importance of little details could continue.

There were four cameras filming the whole time, follow the link below if you want to watch. Look out for Michael near the back under the edge of a balcony - does he wave or not?

Finished Reading - Underground time - flicked through the last few pages, just couldn't cope with the relentless misery of being trapped at the end of something that the two characters didn't want to end. Relief when they did, not really, they took to long to quit. How can we be strong enough to see the signs that the good times are coming to an end and it is time to move on if refreshing attempts have failed? 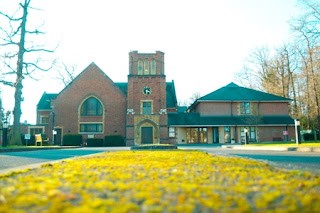 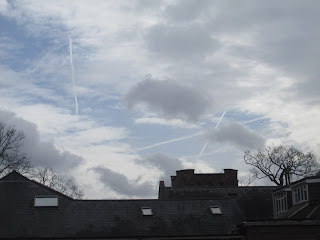